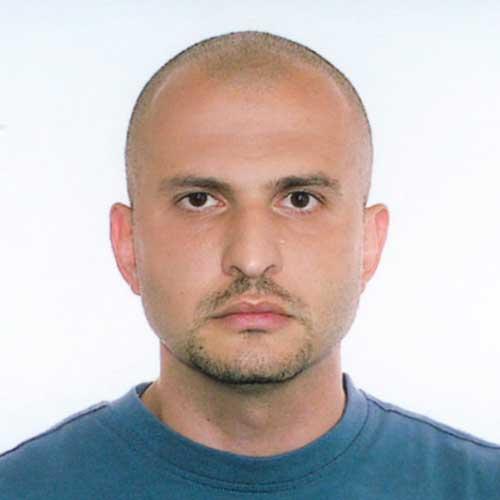 Simon Saradzhyan is the founding director of the Russia Matters Project at Harvard Kennedy School’s Belfer Center for Science and International Affairs. Saradzhyan also helps advance the center’s U.S.-Russia Initiative to Prevent Nuclear Terrorism. His research interests include national power, military interventions, arms control, counterterrorism, and the foreign, defense, and security policies of Russia and other post-Soviet states and their relations with great powers.

Prior to joining the Belfer Center in 2008 as a full-time research fellow, Saradzhyan had worked as a researcher, consultant, and journalist in Russia for 15 years.

As a reporter, Saradzhyan covered a number of milestone security events in Russia on the ground, including the October 1993 coup and the 1999 apartment bombings in Moscow. As an editor at The Moscow Times, he led coverage of dramatic events in Russia such as the Dubrovka and Beslan hostage-taking crises. He also worked as Moscow correspondent for Defense News and Space News. He has contributed scores of news articles to other publications, ranging from the Times of London to Nezavisimoye Voyennoye Obozrenie, earning a certificate of merit from the commander of the Russian Strategic Missile Forces for his coverage of debates over the future of Russia's strategic nuclear triad.

While in Russia, Saradzhyan also served as a senior fellow at the EastWest Institute and worked as a consultant for the United Nations and World Bank. As a researcher, he was the first in Russia to catalogue the threat of nuclear and radioactive terrorism posed by the North Caucasus-based terrorist groups and to outline recommendations on how to reduce this threat in a paper published at the Belfer Center in 2002. He also initiated the first ever joint threat assessment of nuclear terrorism by U.S. and Russian experts published by the Belfer Center in 2011.

Saradzhyan is the author of a number of scholarly articles, and book chapters on counterterrorism and arms control, including "Russia: Grasping the Reality of Nuclear Terror," published in the Annals of the American Academy of Political and Social Science; "Is Russia Declining?" published in Demokratizatsiya; "Russia's System to Combat Terrorism and Its Application in Chechnya," published in the “National Counter-Terrorism Strategies” of NATO’s Security through Science Series; and "Russia's Non-strategic Nuclear Weapons in Their Current Configuration and Posture: A Strategic Asset or Liability?" published by the Belfer Center.

In his capacity as an expert at the Belfer Center on the post-Soviet space, Dr. Saradzhyan has testified in person and via video-link on nuclear terrorism and violent extremism at multiple hearings held at the U.S. House of Representatives and Canadian Senate. He has also published op-eds in Foreign Affairs, Financial Times, The Washington Post, and The Boston Globe,  as well as in leading Russian and Armenian journals. He has appeared on BBC, CBS, NPR, and Al Jazeera, as well as on Russian radio and television stations to comment on Russia’s foreign policy, the conflict in Ukraine and other issues.

Saradzhyan has also presented his research at various international conferences, including the European Union Institute for Security Studies' annual conference and the EastWest Institute's annual Worldwide Security Conference. He co-founded and served as the first president of the Harvard Club of Russia in 2004-2006. Saradzhyan received his Bachelor of Arts degree from the Moscow State Linguistic University, his Masters in Public Administration degree from the Harvard Kennedy School, and his Doctor of Philosophy in War Studies degree from  King’s College London.