Weintraub Lecture in Polish Literature and Culture: A Painter Emerges: The Quest for Czapski

Józef Czapski (1896-1993) witnessed the tumult of twentieth-century Europe firsthand, as a military officer, an art and literary critic, a disciplined chronicler of his own experiences, and above all, as a painter skilled at isolating the subtle significance of the everyday. Art and life were never differentiated for Czapski. Two inseparable realities—the life lived, and the life examined served to shape his understanding of what it was to be in the world, a world in upheaval, a world of personal loyalties and political betrayals. As a student in St. Petersburg in 1917, he experienced the terror of the Russian Revolution and fought in the First World War. Beginning his painting discipline in Paris in the 20s, he sold a painting to Gertrude Stein. In Warsaw, in the 30s, he set up a studio but was again called to arms when Germany and Soviet Russia invaded Poland. Taken prisoner by the Red Army, he became one of only a minute percentage of officers spared from mass execution. After the war, he made Paris his home, working tirelessly to preserve the voice and spirit of a non-communist Poland; Camus, Malraux, and De Gaulle were among his circle. He painted and exhibited regularly in European capitals over a period of four decades.

A Fellow of the Czesław Miłosz Institute at Claremont College, painter and writer Eric Karpeles has given the Amon Carter Lecture on the Arts at the Harry Ransom Center in Austin, the annual Proust lecture at the Center for Fiction in New York,  and the Franke Lecture in the Humanities at Yale. He is the painter of the Rockefeller Chapel at the HealthCare Chaplaincy and The Sanctuary, each a monumental work conceived as a multi-faith meditation space for people in search of grounding at times of crisis. He is the translator of Józef Czapski’s lectures on Proust (Lost Time: Lectures on Proust in a Soviet Prison Camp), a biography of the man (Almost Nothing: The 20th Century Art and Life of Józef Czapski), and an illustrated monograph of the artist’s paintings and drawings (Józef Czapski: An Apprenticeship of Looking). Karpeles has worked as an ambulance driver, interviewed composer Stephen Sondheim onstage, had tea with Indira Gandhi and collaborated on a book of mathematical equations and Hebrew quotations used as a prop in a film by the Coen Brothers. 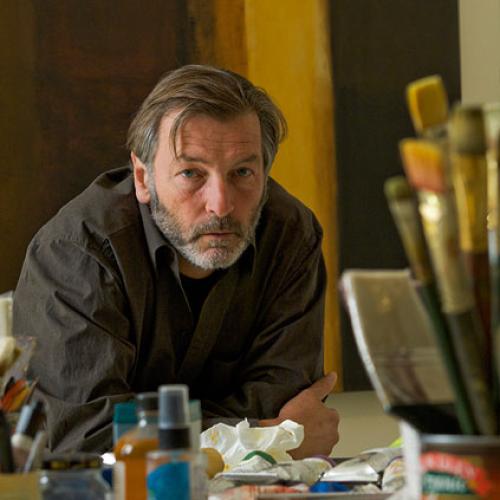 A Fellow of the Czesław Miłosz Institute at Claremont College, Painter and Writer