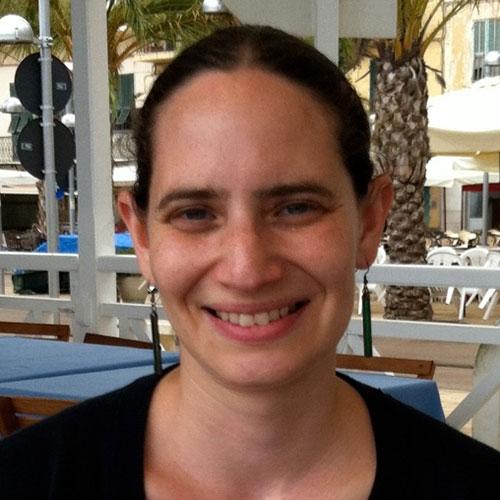 Field
History
International Relations
Time Period
20th century
Topic
Cold War
communism
everyday life
Location
Central Europe
Eastern Europe
Former Soviet Union
Russian Federation
Czech Republic
Rachel Applebaum is a historian of the Soviet Union, communist Eastern Europe, and the global Cold War. Her first book, Empire of Friends: Soviet Power and Socialist Internationalism in Cold War Czechoslovakia was published by Cornell University Press in 2019. The book examines how Soviet and Eastern Bloc officials sought to unify their diverse countries during the Cold War by promoting a policy of transnational "friendship" between their citizens in the realm of everyday life. It tells the story of the rise and fall of this friendship project through a social and cultural history of the Soviet Union's relations with Czechoslovakia from the end of World War II until the collapse of communism. She focuses on four aspects of Soviet-Czechoslovak friendship: cultural diplomacy, interpersonal relations, the trade of consumer goods, and the legacy of the Soviet Army's liberation of Czechoslovakia at the end of the Second World War. She argues that ordinary citizens in the superpower and its satellite, by engaging in the friendship project, were integral to the construction of the international socialist system—and ultimately, its demise. The book is based on extensive archival research in Russia and the Czech Republic, as well as in Hungary and the United States. She is currently working on a new book project, tentatively titled, The Language of Superpower: the Rise of Russian in the Cold War. The book tells the hitherto untold story of how Russian became a world language during the Cold War. It examines the export and reception of Russian in the three "worlds" of the Soviet imagination: the socialist countries, the capitalist countries, and the "developing" countries. The spread of the Russian language abroad thus serves as a lens to examine how the USSR's citizens, allies, and enemies participated in the country's transformation into a global cultural power. Even more broadly, the book examines how foreign language learning during the Cold War simultaneously inflamed and tempered tensions between the two superpowers. On the one hand, language teaching became a new frontier of systemic competition, particularly in the newly independent countries in Africa and Asia. At the same time, however, Soviet and western governments, as well as international organizations like UNESCO, promoted language teaching as a means to overcome ideological divides and to advance international understanding. At Tufts University, she regularly teaches a two-semester survey of Russian history, from the medieval period to the present. Her other areas of teaching interest include Soviet foreign policy, Stalinism, World War II and the Holocaust in the Soviet Union, the Cold War, Europe in the 1960s, and the global history of communism.